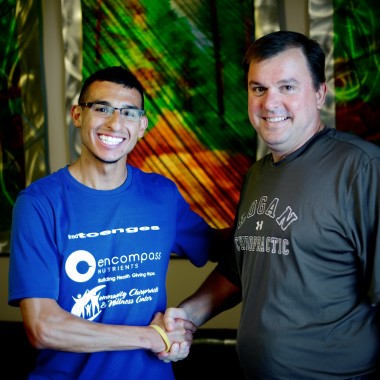 Community Chiropractic and Wellness Center is happy to announce our new partnership with Elias Rojas!  Elias is an alumnus of West Noble High School and Indiana Wesleyan where his running career flourished.  He now teaches at the West Noble Primary school in Ligonier, IN.  However, just because he graduated from college doesn’t mean that his running career is over.  On the contrary!  He’s only getting better!  To date, he has competed in 16 races.  He finished 1st overall in all but three of them.  And just because he didn’t take 1st in a couple of the races doesn’t mean he couldn’t walk away with his head held high.  I wouldn’t count finishing 77th overall a loss when you consider the fact that there were over 33,000 participants in the Shamrock Shuffle held in Chicago, IL.  With 11 more races left this year, I’m sure you’ll be seeing a lot more of Elias in your local papers (Fort Wayne, Indianapolis, Goshen, Huntington, South Bend, Fort Wayne, etc..)

We’ll be bringing you more information on Elias in the future, but wanted to announce this good news sooner rather than later!  So, look for him at a race near you!  He’ll be wearing the jersey with the Community Chiropractic logo on the front! 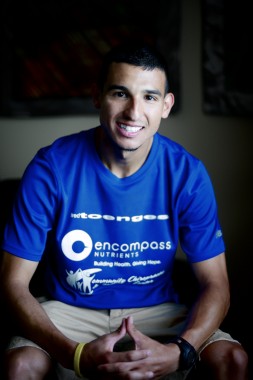